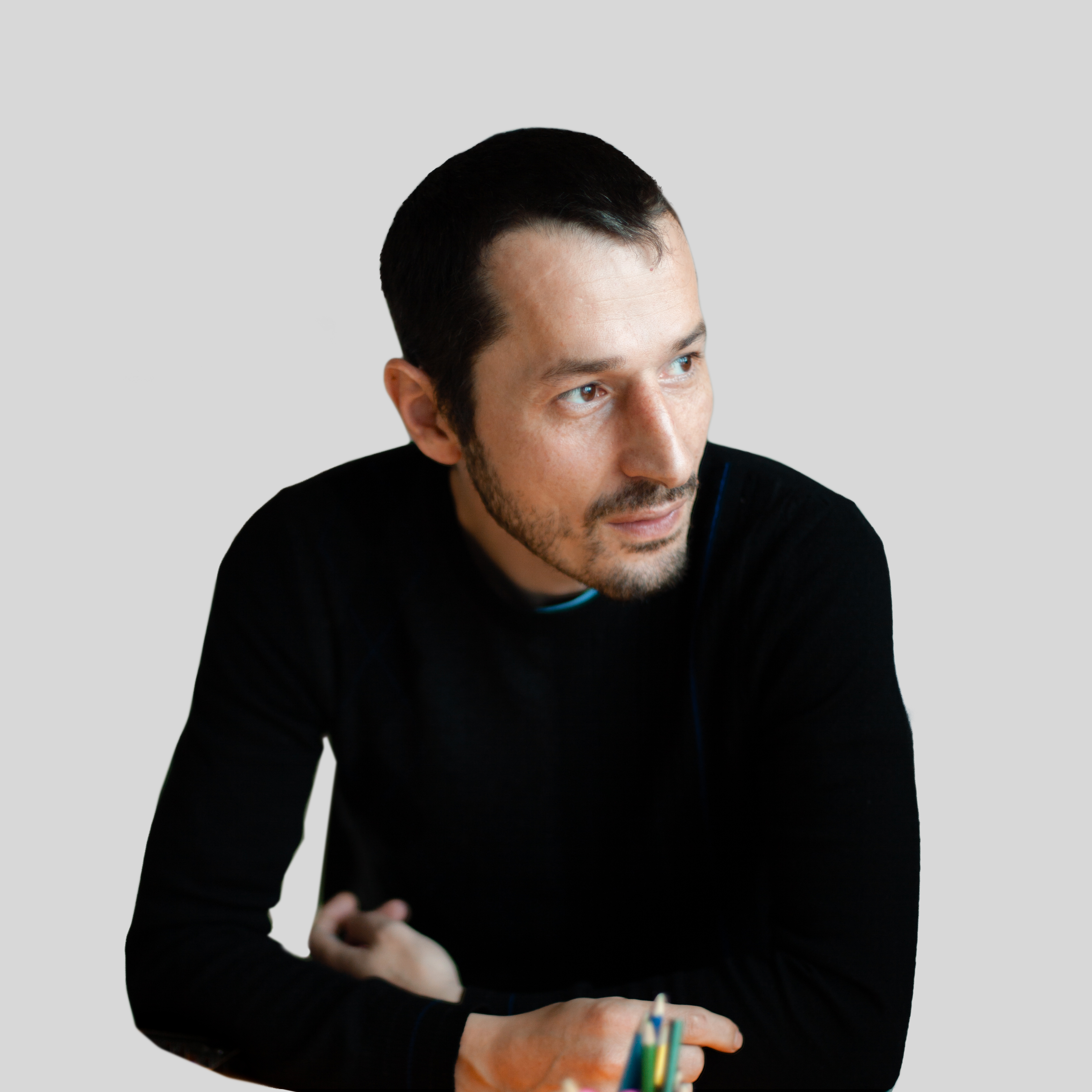 Film director and video artist Murad Khalilov focuses his work on Makhachkala, but his approach to the local context neither exoticizes nor transforms it into an international product. He aims to document the area’s development and present it in its pristine form. Language of the Streets (2016–2017) is based on a series of video clips that Khalilov made over several years. The first two feature teenage slang that can be heard on Makhachkala’s streets. “Saul, bratishka” (“Saul, bro”) is an informal, friendly greeting that is a loose and slightly vulgar contraction of “As-salamu alaykum” (“Peace be upon you” in Arabic). In the more complex expression “takiye ha-ha,” “ha-ha” refers to laughter which is most often prompted by a funny situation stemming from the macho behavior of young men wandering the streets aimlessly. The title of one clip—The Production of Signifiers—contains a clear reference to semiotics, with a hint of irony. It alludes to the fact that the expressions uttered by the characters in the videos are new and extremely original signifiers that may potentially be of interest to linguists, not only to viewers of contemporary art.

Murad Khalilov (b. 1976, Makhachkala, Russia) lives and works in Makhachkala. He graduated from the Department of Graphic Arts of Dagestan State Pedagogical University in 1998 and from the Higher Courses for Screenwriters and Directors, Moscow (where he studied with Pyotr Todorovsky and Natalya Ryazantseva) in 2002. Group exhibitions include: Alanika Festival, Vladikavkaz (2014); No Water Tomorrow, Moscow Museum of Modern Art, Moscow (2013); Red, First Gallery, Makhachkala (2007); and Parallel (with Aziz Suleimanov and Timur Musaev-Kagan), Dagestan Union of Artists, Makhachkala (1997).