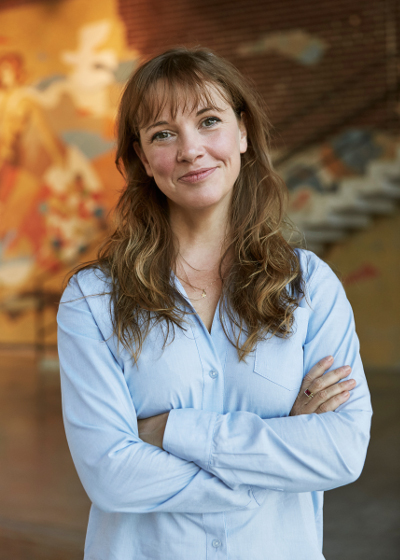 Kate Fowleis Chief Curator of Garage Museum of Contemporary Art and Director-at-Large at Independent Curators International (ICI) in New York, where she was Executive Director from 2009 to 2013. Prior to this, she was the inaugural International Curator at Ullens Center for Contemporary Art in Beijing. From 2002 to 2007, Fowle was chair ofthe Master’s Program in Curatorial Practice at California College of the Arts in San Francisco, which she co-founded in2001. Before moving tothe USA, she was Co-Director of Smith + Fowle in London (1996–2001) and curator at the Towner Art Gallery in Eastbourne (1993–1996). She graduated with a Fine Art degree from Norwich School of Art and was awarded the Arts Council of England Traineeship in Curating from 1991-1993. 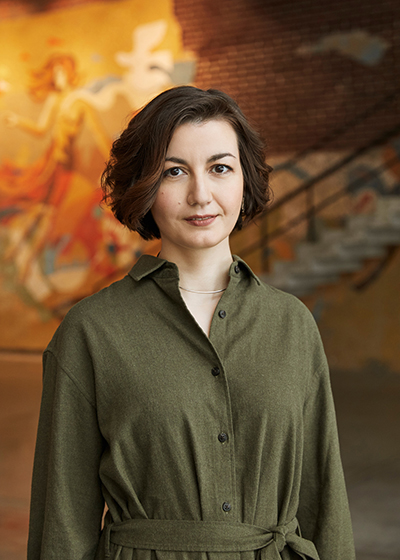 Ilmira Bolotyan is a Cataloguer in the Archive Department at Garage Museum of Contemporary Art. She has bachelor’s and candidate’s degrees in philology from Moscow State Pedagogical University. She is co-founder of Moscow artist-run space Center Krasny. As an artist, Bolotyan has participated in numerous exhibitions in Russia and abroad, including Nothing will Grow Together Because Nothing Belongs Together(2015, Olavsvern Naval Base, Tromsø, Norway) and The Undying Corpse (2014, Winzavod Center for Contemporary Art, Moscow). Her curatorial projects include New Poverty (2016, together with Maryanna Karysheva, Center Krasny, Moscow), Psycho (2016, Fabrika, Moscow), Body (2015, Krasny Center, Moscow), Ordinary Martyrs (2015, Center Krasny, Moscow), and A is for Art, F is for Feminism: A Current Dictionary(2015, various venues, Moscow).Bolotyan’s projects Femme Weekend (2016, Smena Center of Contemporary Culture, Kazan) and Femme Weekend. A is for Art and F is for Feminism (2016, National Center for Contemporary Arts, Yekaterinburg) were supported by the Rosa Luxemburg Foundation. She has worked at Garage since 2016. 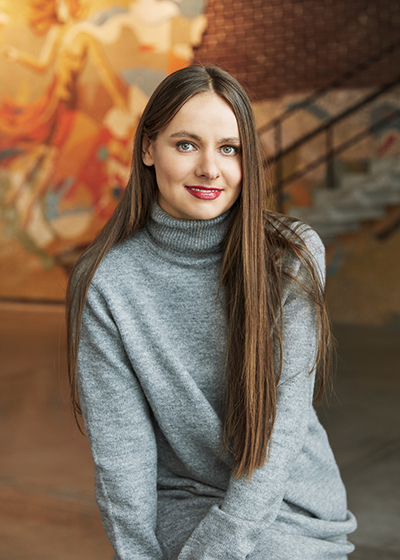 Tatiana Volkova is a Registrar in the Archive Department at Garage Museum of Contemporary Art. She has a master’s degree in cultural management from the Higher School of Social and Economic Sciences, Moscow. In 2004, she completed a residency at the International Studio & Curatorial Program in New York. From 2000 to 2013, she was part of a curatorial team led by Andrei Erofeev working at the Tsaritsyno Museum, the State Tretyakov Gallery, and the ArtKladovka Archive of Russian Contemporary Art. In 2011, Volkova founded the MediaImpact International Festival of Activist Art and has organized events in Yekaterinburg, Krasnodar, Moscow, Murmansk, Nizhny Novgorod, Novosibirsk, Samara, St. Petersburg, and Togliatti. In 2013 and 2014, she was part of the curatorial group of the global aCtIVISm project at ZKM / Center for Art and Media Karlsruhe. In 2014 and 2015, she taught curating at the Faculty of Art History of the Russian State University for the Humanities. Volkova has worked at Garage since 2016. 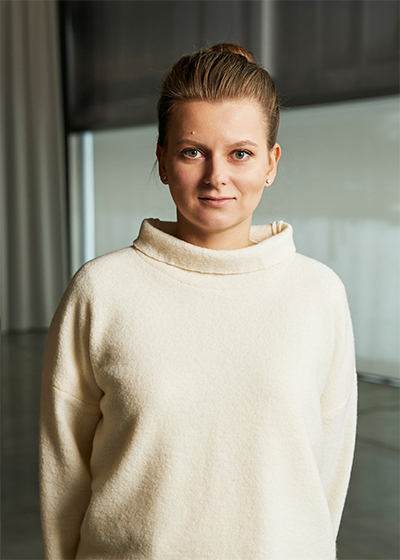 Katya Inozemtseva is a Curator at Garage Museum of Contemporary Art. She graduated from the Faculty of Philology of Moscow State University in 2004 and subsequently obtained her Candidate’s Degree in Philology there in 2007. From 2003 to 2004, she worked in the Department of Experimental Programs at the National Center for Contemporary Arts. From 2004 to 2005, she was a curator at Gary Tatintsian Gallery, Moscow, and from (2006-2011), she was deputy art director at Proun Gallery, Moscow. From (2011-2014) she was chief curator and deputy director of Multimedia Art Museum, Moscow, where she curated over fifty projects. She has written extensively on Russian contemporary art and the Russian avant-garde. Inozemtseva has worked at Garage since 2014. Her exhibition projects at Garage include Viktor Pivovarov. The Snail’s Trail (2016),Taryn Simon. Action Research / The Stagecraft of Power (2016), Rirkrit Tiravanija. Tomorrow is the Question (2015). 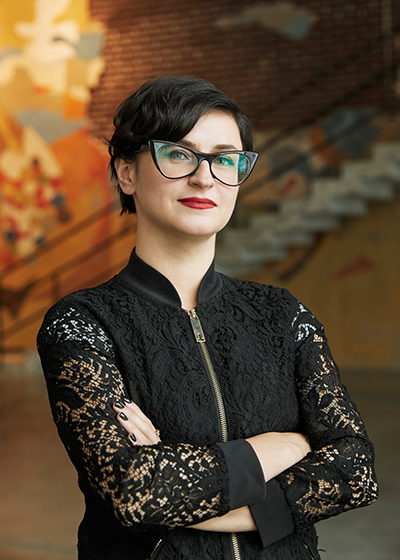 Snejana Krasteva is a Curator at Garage Museum of Contemporary Art. She has a bachelor’s degree in Chinese language from Nanking University, China, and a masters in curating from Goldsmiths College, London. From 2004 to 2007, she was the director of the gallery Beijing Tokyo Art Projects in Tokyo and Beijing and from 2007 to 2009 she worked at the Ullens Center for Contemporary Art, Beijing. From 2011 to 2013, she was a curator at Art on the Underground, London, where she realized a series of public art projects. Her exhibition projects at Garage include The Other Side (2014), solo shows by Erik Bulatov and Katharina Grosse (both 2015), and Grammar of Freedom / Five Lessons (2015, with Zdenka Badovinac and Bojana Piškur). She was one of the organizers of the conference Performance Art: Ethics in Action (2013). Krasteva has worked at Garage since 2013. 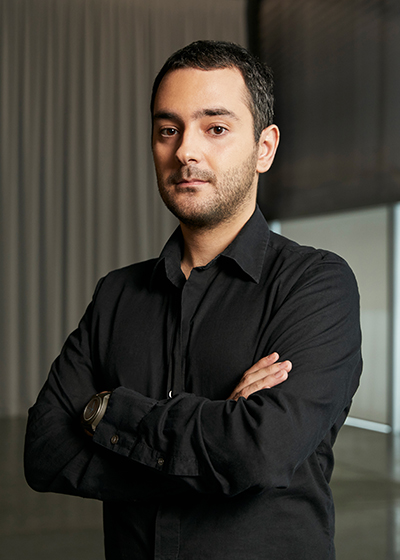 Andrey Misiano is an Assistant Curator at Garage Museum of Contemporary Art. He has a bachelor’s degree in ethnology and anthropology from the Faculty of History of Moscow State University. His projects for Garage include the group exhibitions Experiences of the Imaginary (2016), New Holland Island, St. Petersburg), Untitled... (Native Foreigners) (2014), Garage Enchanted Wanderer (2013), Heritage of Chukotka Museum Center, Anadyr, and Evgeny Granilshchikov’s solo exhibition Untitled (after destructions) (2016), Multimedia Art Museum, Moscow. Misiano has worked at Garage since 2009. 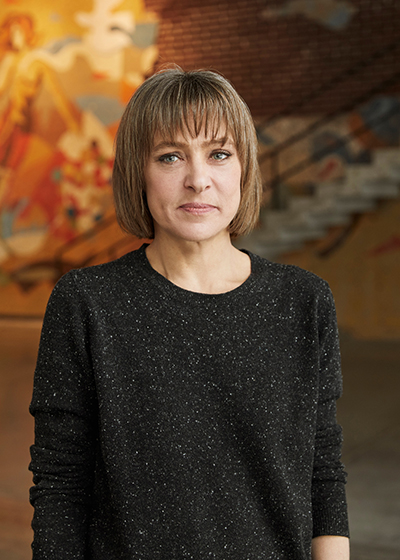 Sasha Obukhova is the Curator of Garage Archive Collection at Garage Museum of Contemporary Art. She has a bachelor’s degree from the Department of Art History and Theory of the Faculty of History of Moscow State University. In 1993, she studied at the Faculty of Art History of Central European University, Prague. From 1993 to 1996, she worked at the Institute of Contemporary Art, Moscow and from 1999 to 2003, she was Senior Researcher at the State Tretyakov Gallery. In 2004, she became a founding member and director of the Art Project Foundation, where she established the Archive of Contemporary Russian Art. From 2011 to 2012, she headed the Department of Educational Programs at the National Center for Contemporary Arts, Moscow. Obukhova has taught at Moscow State University, the Bard Graduate Center (New York), the National Center for Contemporary Arts (Moscow, Nizhny Novgorod and Yekaterinburg), the Institute of Journalism and Literary Writing (Moscow), the Moscow Museum of Modern Art, and the Institute of Contemporary Art (Moscow). She has also written extensively on Russian contemporary art. She has worked at Garage since 2012.