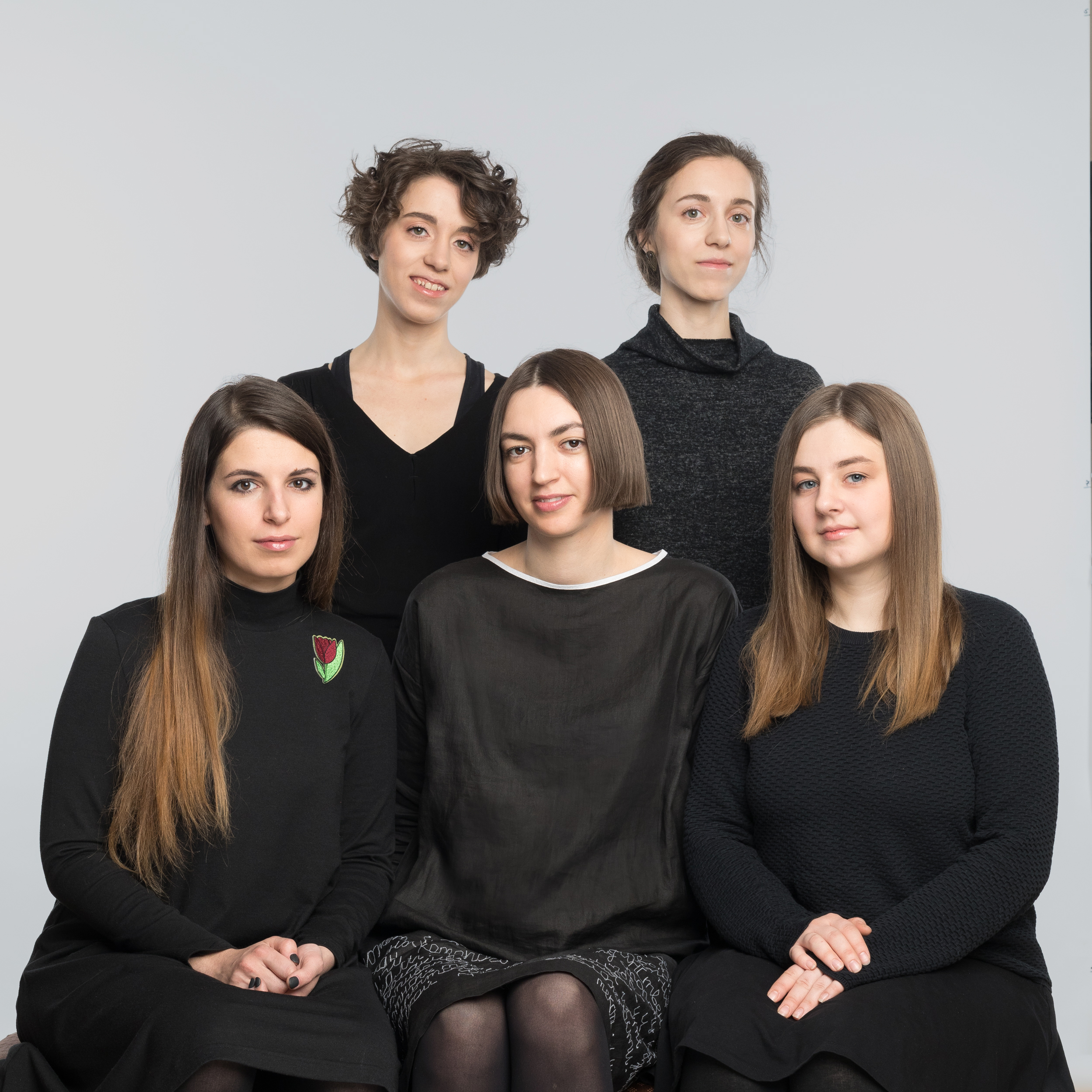 The objects exhibited at the Triennial include hand embroidery, potholders, bags, and other everyday items made of cloth. They were specially made for city actions aimed at raising the public’s awareness of the basic themes of the feminist agenda. Happy Holiday! All the Best Rights! March 8, 2016 This installation was displayed in an Omsk courtyard on March 8, 2016. The artists wanted to remind people about the original meaning of International Women’s Day, to show that many women’s rights were established less than a hundred years ago, and to demonstrate that the struggle for those rights continues. Women often receive potholders (and other everyday cloth items) as New Year’s presents, emphasizing their “female” function and family role. In this work, the artists show the ambiguity of this role and the difficulties faced by women in implementing their “function.” May Day Counter-Monuments: Unarchiving History, May 1, 2016 This group of works consists of textile boxes dedicated to the labor movement. Each includes an embroidery panel with a brief, concise, and formal (quasi-bureaucratic) description of a historical moment. The artists examine how the relationship between workers and the government has changed over time and what methods have been used for suppressing protest across the years. They incorporate contemporary forms of protest into the general context of the labor movement in Russia and the former Soviet Union.

Nadenka creative association was established in Omsk in 2014. Its members include Anastasia Makarenko (b. 1990, St. Petersburg, Russia), Maria Rybka (b. 1992, Omsk, Russia), Nadezhda Nikiforova (b. 1988, Omsk, Russia), Maria Aleksandrova (b. 1983, Omsk, Russia) and, since 2015, Alyona Isakhanyan (b. 1992, Novosibirsk, Russia), and Oksana Usoltseva (b. 1992, Omsk, Russia). Group members live and work in Omsk and Novosibirsk. Most are alumni of the School for Engaged Art, St. Petersburg. Nadenka holds talks and seminars, as well as feminist conferences, feminism awareness events, and workshops on the group making and mending of clothes. Group exhibitions include: Eve’s Ribs Festival, Island Theater, St. Petersburg (2016); Things Are Our Comrades (with the All-Russian Society of Saints), Rosa’s House of Culture, St. Petersburg (2016); Omsk: Space of Meanings, House of Artists, Omsk (2015); and Plurality Space Public Art Festival, Omsk (2015).