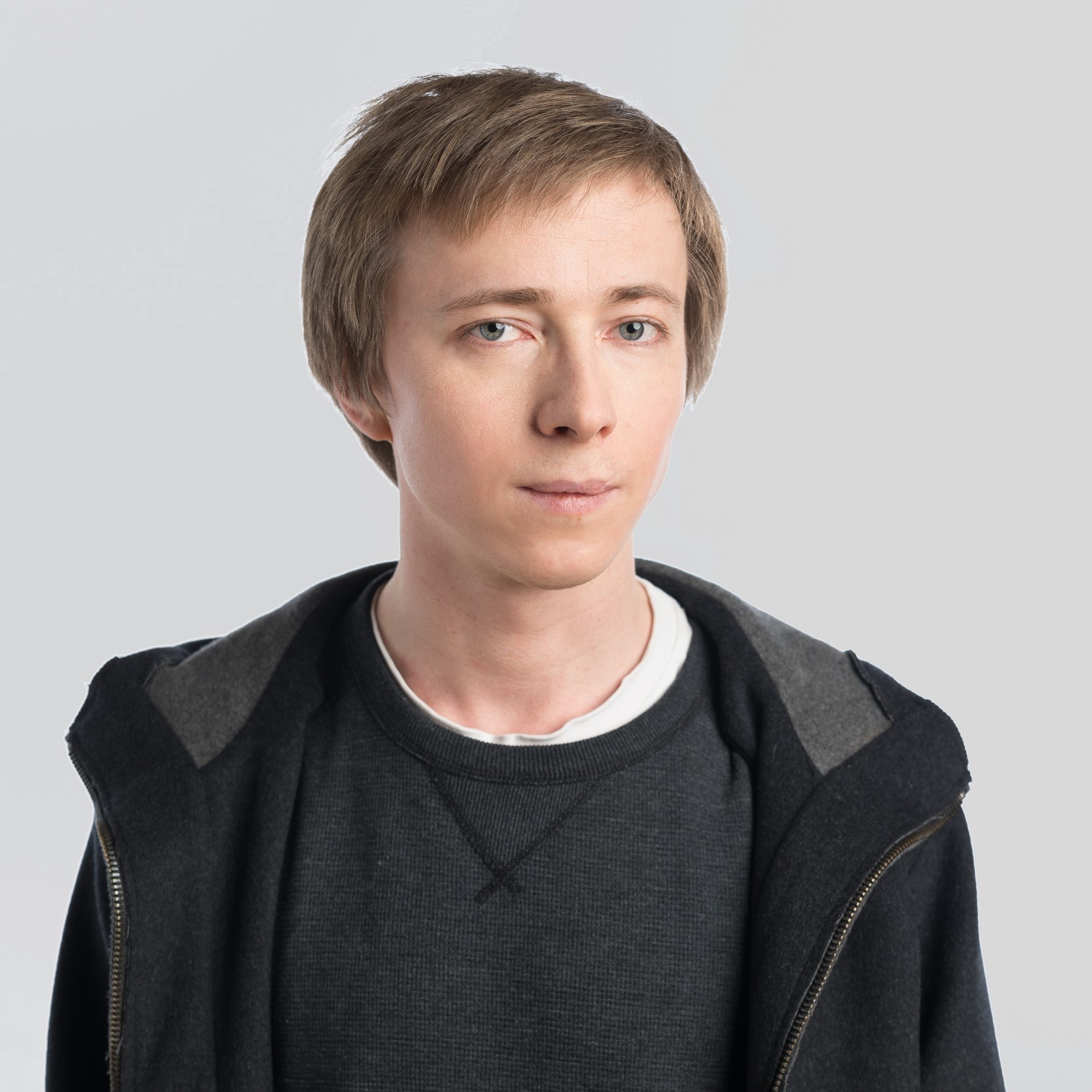 Working in the traditional medium of figurative painting, Kirill Makarov takes the often boring everyday life of the city to a new level of monumentality that is quite unspectacular. Whether strolling in the park, or playing ball, people are the main protagonists in the artist’s work, yet they never seem to be entirely present. Reduced to blobs of color and washed out silhouettes, Makarov’s main concern seems to be to capture the atmosphere of a place through painting rather than dwelling on details. The less fairytale the situation, the harder the task. Recently, the artist reverted to his original training as a designer and created an interactive virtual reality game. Built as an installation, viewers can access Makarov’s fantastical scenes with the help of 3D glasses. Remaining in physical reality, the viewer is transported into the reality of the works in a way that, for the artist, is similar to what happens when one stands in front of a painting. Another element of the installation is a new series of prints on canvas, which Makarov produces using a special technique that resembles the complex algorithms required to make a video game.