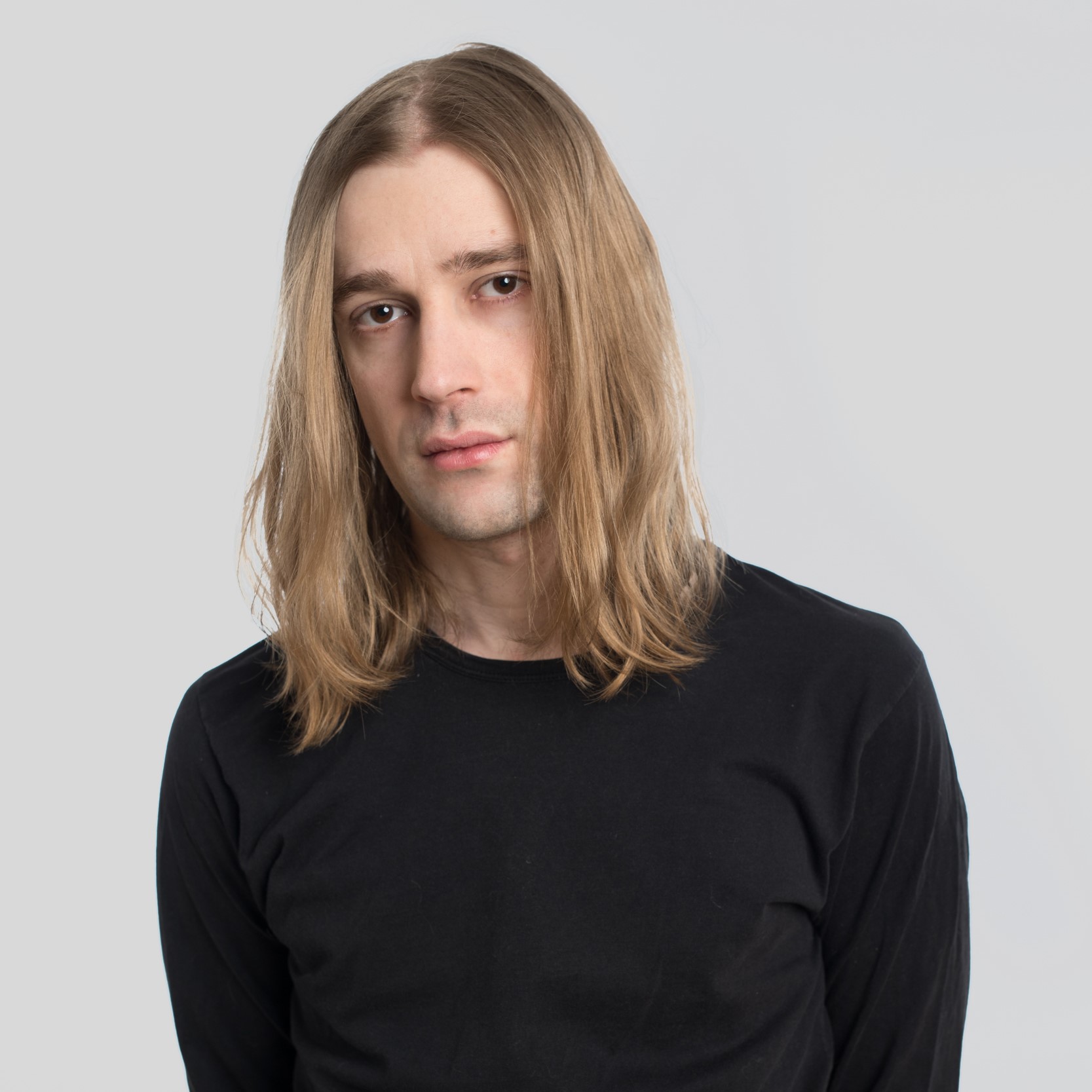 Evgeny Granilshchikov’s works range from three-minute videos shot on a mobile phone, to a film and video installation that is constantly being updated and hence potentially endless. In his search for a new cinematic eye, he intuitively questions and redefines what film is and how different cinematic situations can coexist. Granilshchikov’s works are often autobiographical, with a complex narrative that is also self-referential to the medium of film, the story itself adding depth to his very particular use of cinematic imagery. The Triennial features a compilation of three works in chronological order. Although Courbet’s Funeral (2014), his best-known early piece, is shot on a mobile phone, the same techniques—mixing documentary and fictional scenes, digital with film, moving images within moving images on mobiles or computers—are used in his latest, technically more elaborate work To Follow Her Advice (2016). The second and shortest film in the sequence, Untitled (Reenactment) (2015), shows an actress seemingly caught off stage while reproaching the director about the lack of political speeches in a film. In the span of several minutes, Granilshchikov introduces a feeling of doubt in the honesty of his own scenarios and approaches, which adds a twist to how the three videos are perceived by the viewer in retrospect.

Evgeny Granilshchikov (b.1985, Moscow, Russia) lives and works in Moscow. He graduated from the Moscow Institute of Journalism and Literature in 2009, and the Rodchenko Moscow School of Photography and Multimedia in 2013. Solo exhibitions include: Untitled (After Destructions), Multimedia Art Museum, Moscow (2016); and Rehearsal Time, Triumph Gallery, Moscow (2013). Group exhibitions include: One Within the Other: Art of New and Old Media in the Age of High-speed Internet, Moscow Museum of Modern Art (2016); 6th Moscow Biennale of Contemporary Art (2015); Borderland, GRAD, London (2015); Burning News, Hayward Gallery, Southbank Exhibition Center, London (2014); 4th Moscow International Biennale for Young Art, Museum of Moscow (2104); 11, Garage Museum of Contemporary Art, Moscow (2014); and Happy End, Multimedia Art Museum, Moscow (2013). He has been awarded the Open Frame Award (Germany, 2016) and the Innovation Prize (Russia, 2013 and 2015).