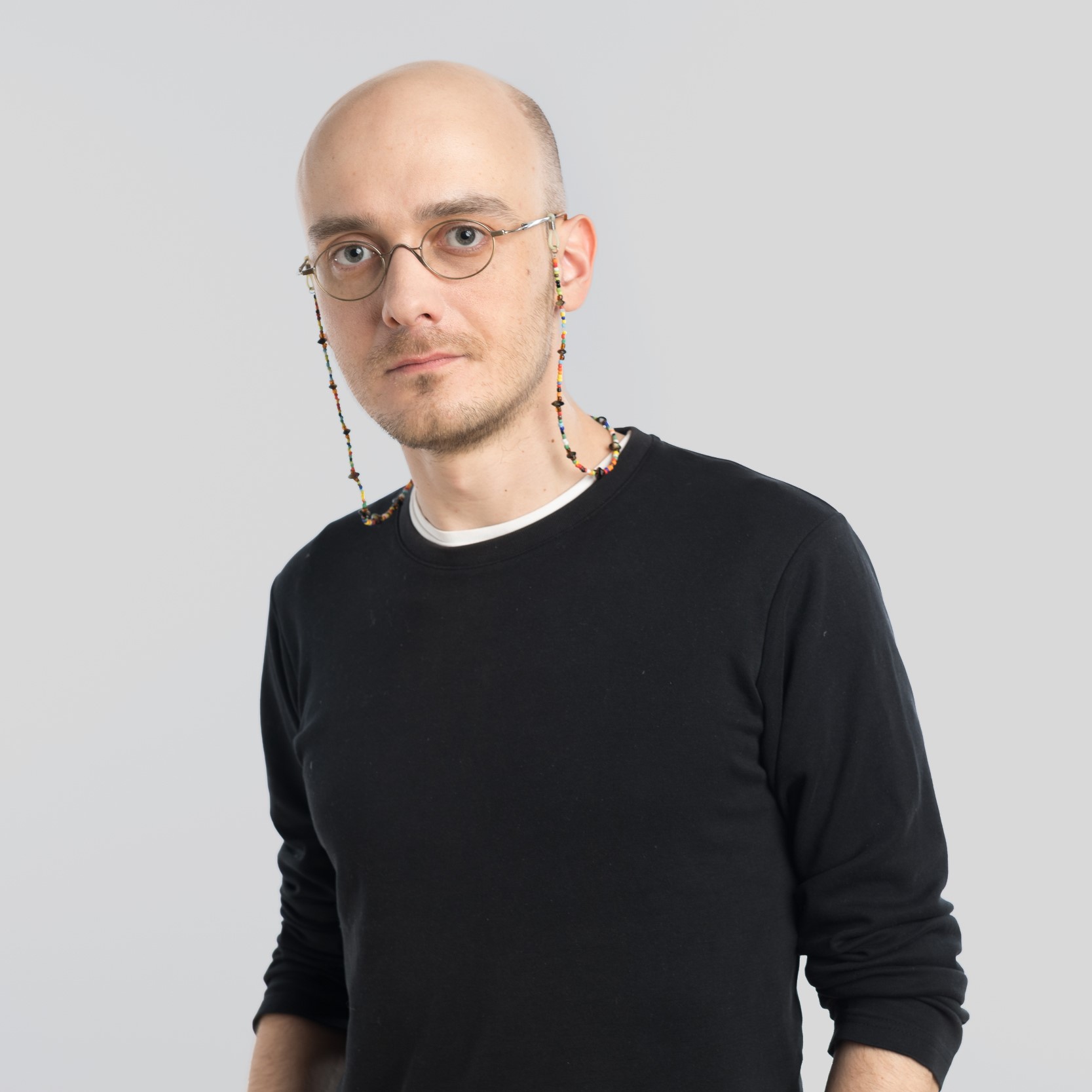 Anton Zabrodin recently returned to his hometown of Kaliningrad, where he continues his investigations into the meaning and uses of contemporary photography. Often exploring the documentary and fictional character of the natural landscape and the frictions with the cultural, political, and economic layers of meaning ascribed to it by society, Zabrodin extends his archive of images to surfaces such as credit cards, flags, postcards, and even paintings in order to test the landscape and the various ideological narratives attempting to recuperate it. Zabrodin’s longest running project, presented at the triennial, is New Flags (2012– ). He transforms the emblem of the nation state, its flag, by printing onto it the landscapes of border spaces, bringing to light the total disengagement with the real landscape at the state’s boundaries. Zooming in, it becomes apparent “how borders disappear on a human scale or, on the contrary, completely block communication between two parts of a natural whole,” as the artist puts it. In another recent series, Irony as a Landscape (2015), Zabrodin takes a landscape disembodied of symbolic meaning and adds cultural signifiers such as flashing street or shop signs, turning it into a performative version of itself that looks painfully familiar. Simultaneously, the work questions the endless stream of images proliferating on social media today.