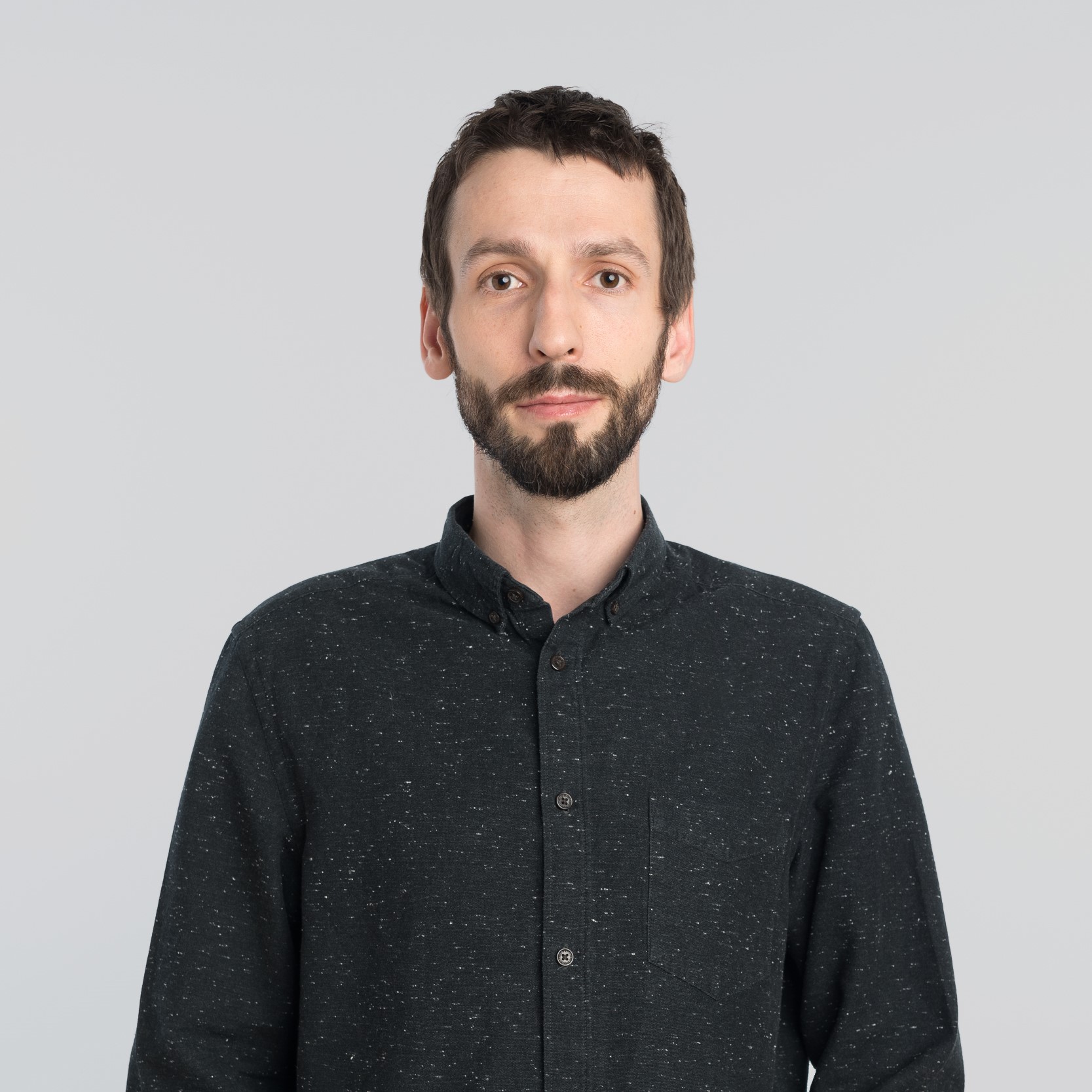 Andrey Syailev’s work reflects on city spaces, cultural and urban memory, and the anonymity of the artistic utterance, using both traditional media and experimental textures and techniques. He makes extensive use of lattice structures formed by, for example, large cubes of old books or collages of wrapping and facing material. The installation Cross Section (2015) was initially conceived as an intervention in a public space. The collage of architectural fragments—an old brick wall covered with a photographic mosaic of façades in the artist’s home city of Samara—focused on the issue of preserving urban heritage. Brought into the museum space, this street art object is not so much a catalogue of architectural details as a transfer of undervalued elements of social heritage (tiles, window frames) into a location where, paradoxically, the focus of public attention is more intense than in the original context. The artist's method—gluing several layers of paper onto brick—hints at the old-fashioned notice board. At one time it was the subject of public attention, but is now an anachronism which is slowly disappearing along with the architecture of previous epochs.

Andrey Syailev (b. 1982, Tashkent, Uzbekistan) lives and works in Samara. He graduated from Samara Art College in 2001 and also studied at Samara Pedagogical University. In 2004, he and Vladimir Logutov organized the Art Chaos Festival at Park House in Samara. In 2008, he worked at the National Center for Contemporary Arts, Moscow, and from 2010 to 2011, he was a curator at One Work Gallery, Samara. From 2010 to 2014, he was a member of Laboratory Group (together with Vladimir Logutov, Ilya Samorukov, Konstantin Zatsepin and Oleg Elagin). In 2016, Syailev was artistic director of the international festival Volgafest, Samara. Solo exhibitions include: Read, Draw, Samara Regional Art Museum, Samara (2011); Simultaneousness. Inside, Globus, St. Petersburg (2010); and Structure, Guelman Projects, Moscow (2009). Group exhibitions include: No Time, Winzavod Center for Contemporary Art, Moscow (2015); Not a Museum* Laboratory of Aesthetic Suspicion, New Industry Art Space, St. Petersburg (2014); and Nothing of the Kind, Museum of Moscow, Moscow (2013). He has been awarded prizes at the Chelyabinsk No- Festival of Video Art (Russia, 2008) and the Open City Competition, Samara (Russia, 2005).