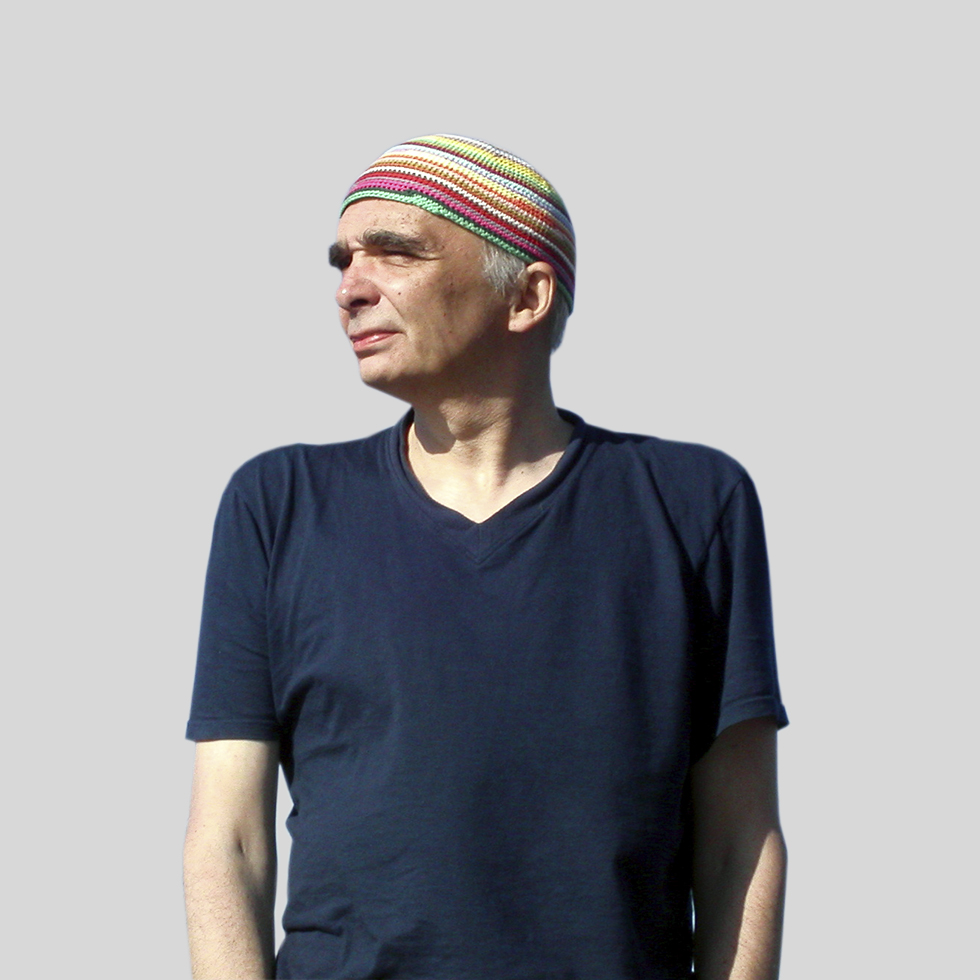 One of the founding fathers of the school of Moscow Conceptual School, Andrei Monastyrsky has long read the city like a book. His texts, artworks, and actions (with the group Collective Actions, whose leader he has been for over forty years) often take a methodological approach that strips the surrounding world of the simplicity of its physical reality, turning it into a coded narrative that calls for attentive reading. Space and the objects within it become an expositional field that requires hermeneutic analysis in the same way as artworks. Monastyrsky treats reality as a continuous semantic series, effacing the boundaries between language and reality. In the text VDNKh as the World’s Capital (1986), he describes his impressions of the Exhibition of National Economic Achievements (VDNKh) in Moscow: “I realized that I was surrounded not by beautiful views, quaint buildings, and perspectives, but by semantic aspects that soon combined into a holistic semantic picture—the iconographic space of this district.” The Triennial presents a new work, Four Walks (2017). Each walk started in the same place, the Moscow offices of the company Lukoil at the corner of Sretensky Boulevard and Ulansky Lane—the cult “condor” building and sacral “inciter” in the mythology of the Moscow conceptualists. The destinations of the itineraries are four “hidden” places that code Moscow’s status as a cultural metropolis: Vysokopetrovsky Monastery, the Museum of Cosmonautics, Savelovsky Computer Market, and the Rogozhskaya sloboda district.

Andrei Monastyrsky (b. 1949, Petsamo, Russia) lives and works in Moscow. He is the leader of the Moscow Conceptual School. In 1980, he graduated in philology from Moscow State University. One of the founders of the group Collective Actions (1976– ), he became its chief ideologist and the author of most of its actions. Together with Vadim Zakharov and Yuri Leiderman, he participated in the groups Kapiton (2008–2010) and Corbusier (2009–2010). Solo exhibitions include: Empty Zones: Andrei Monastyrsky and Collective Actions, Russian Pavilion, 54th Venice Biennale, Venice (2011); Out of Town: Andrei Monastyrsky & Collective Actions, e-flux, New York (2011); Andrei Monastyrsky, Moscow Museum of Modern Art, Moscow (2010); and Earthworks, Stella Art Gallery, Moscow (2005). Group exhibitions include: Russian Performance: A Cartography of Its History, Garage Museum of Contemporary Art, Moscow (2014); 52nd Venice Biennale, Venice (2007); Documenta 12, Kassel (2007); and 50th Venice Biennale, Venice (2003). He has been awarded the Andrei Bely Prize (Russia, 2003) and the Innovation Prize (Russia, 2009).