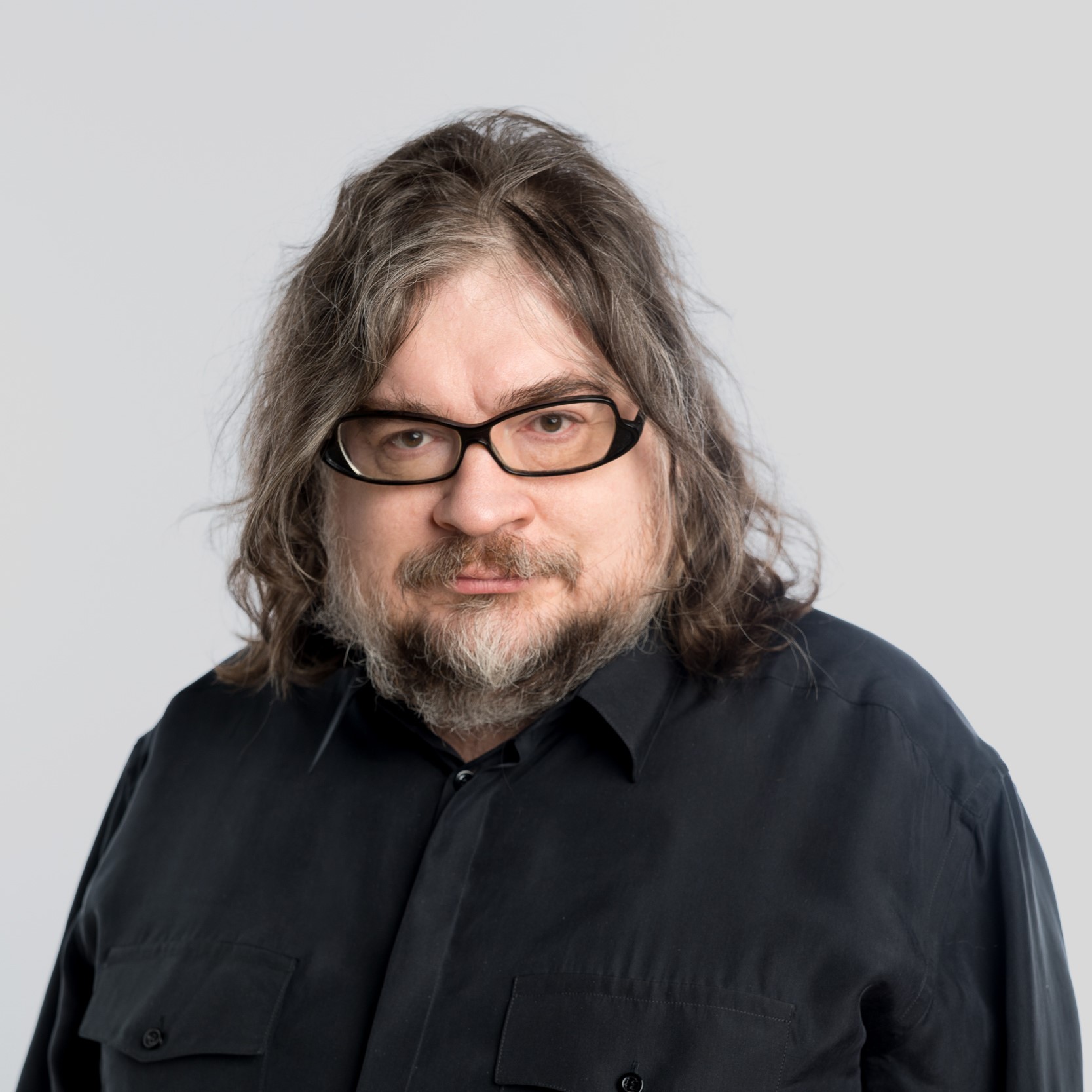 Erecting a monument to oneself is a strong gesture in the spirit of Anatoly Osmolovsky’s beloved Futurists. One of them, the aviation pioneer Vasily Kamensky, protested the fact that only dead writers are canonized: “It’s time to put singer-fighters / On a pedestal during their lifetimes. / Let their talents triple / Making them miraculous.”* As well as adhering to Kamensky’s precepts, Osmolovsky references two themes in his self-portrait. Firstly, he depicts himself in the guise of a high priest (or heresiarch)—where the church is understood as an ephemeral genre of political performance— and announces the definitive congealing of this genre and its transformation from an experiment into a strictly defined set of actions. Secondly, the Golden Self-Portrait (2013) marks a new stage in Osmolovsky’s artistic evolution, as well as his new status in the Russian artistic hierarchy. The self- portrait is accompanied by documentation of the artist’s earlier actions with the groups E.T.A. Movement and Non-Governmental Control Commission, as well as documentation of the Russian tour of a play about Osmolovsky. The very existence of this text points to Osmolovsky’s quasi-canonization by artists of the new generation, justifying his self-deprecating yet impressive monument.

Anatoly Osmolovsky (b. 1969, Moscow) lives and works in Moscow. He is an artist, theorist, curator, teacher, and one of the founders of Moscow actionism. From 1990 to 1992, he was leader of the group E.T.A. Movement. In 1992, he became editor-in-chief of the journal Radek. In 1993, he formed the group Nezesüdik and In the late 1990s, he created the group Non-Governmental Control Commission. In 2011, he founded the journal Base and the institute of the same name. Solo exhibitions include: Avant-garde Stationery, pop/off/art gallery, Moscow (2015); Dis- memberment, Triumph Gallery, Moscow (2014); Parallel Convergences (with Paweł Althamer), Casa dei Tre Oci, Venice (2013); Hardware, Stella Art Foundation, Moscow (2006); Order for the Army of Arts, XL Gallery, Moscow (1997); and Leopards Burst into the Temple and Shatter Sacred Vessels, Regina Gallery, Moscow (1992). Group exhibitions include: 9th Shanghai Biennial, Shanghai (2012); Ostalgia, New Museum, New York (2011); Modernikon: Contemporary Art from Russia, Fondazione Sandretto Re Rebaudengo, Turin and Casa dei Trei Oci, Venice (2010–2011); Documenta 12, Kassel (2007); Moscow–Berlin / Berlin–Moscow, 1950–2000, Martin-Gropius- Bau, Berlin and State Historical Museum, Moscow (2003–2004); and 50th Venice Biennale, Venice (2003). He has been awarded the Kandinsky Prize (Russia, 2007).