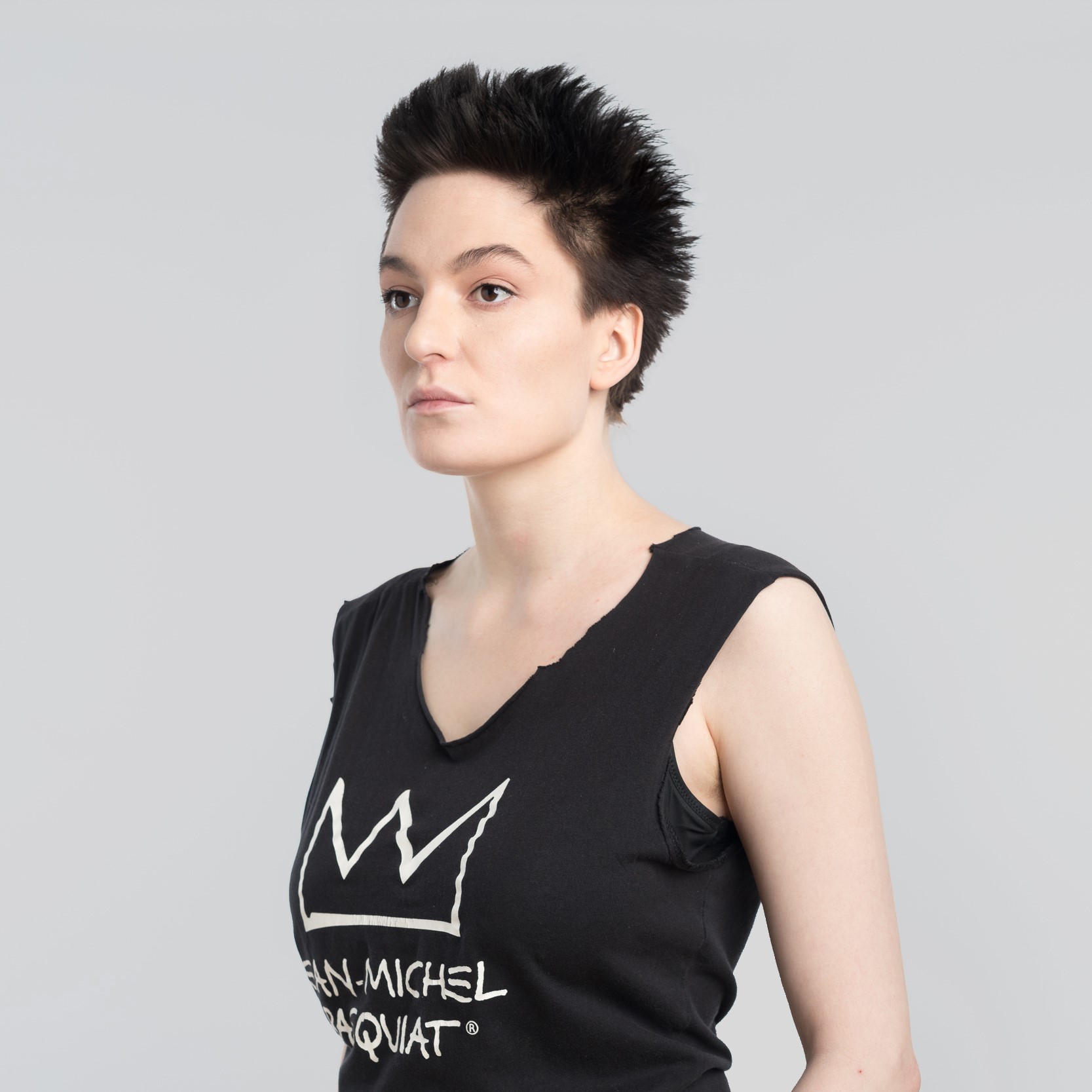 Alisa Yoffe is, in many ways, a classical painter. She takes an interest in lines, spots, composition, plastic expression, and striking visual gestures. Her early works are marked by a clear penchant for three-dimensional images, and feature an intense color palette and transparent color layers. At first, she worked extensively with color: creating abstract and figurative paintings, boldly experimenting with painting techniques, and mixing her own paints from pure pigments. She also created works on an electronic tablet, attracted by the intense color and light. In the early 2010s, Yoffe began to take an interest in the countercultural pathos and punk aesthetic of Moscow rock musicians and gradually abandoned traditional forms of painting. Her transition to large-format works and the total rejection of color marked a turning point in the development of her style. In her new works, Alisa Yoffe covers huge rolls of paper and enormous white canvases with black silhouette drawings and texts. They are closer to concert backdrops or posters than to easel paintings. Her ideal surfaces are walls, on which she depicts grotesque figures who seem to threaten the traditional world order. She also transfers the heroes of her frescoes to bed sheets, turning them into the banners of the new street rebellion. For a call to revolution to be effective, Yoffe believes that it must consist not of proclamations or concrete actions aimed at solving specific sociopolitical problems, but of an ideally expressed form and an image that is so perfect in its conventionality that the prison of reality is incapable of resisting it.