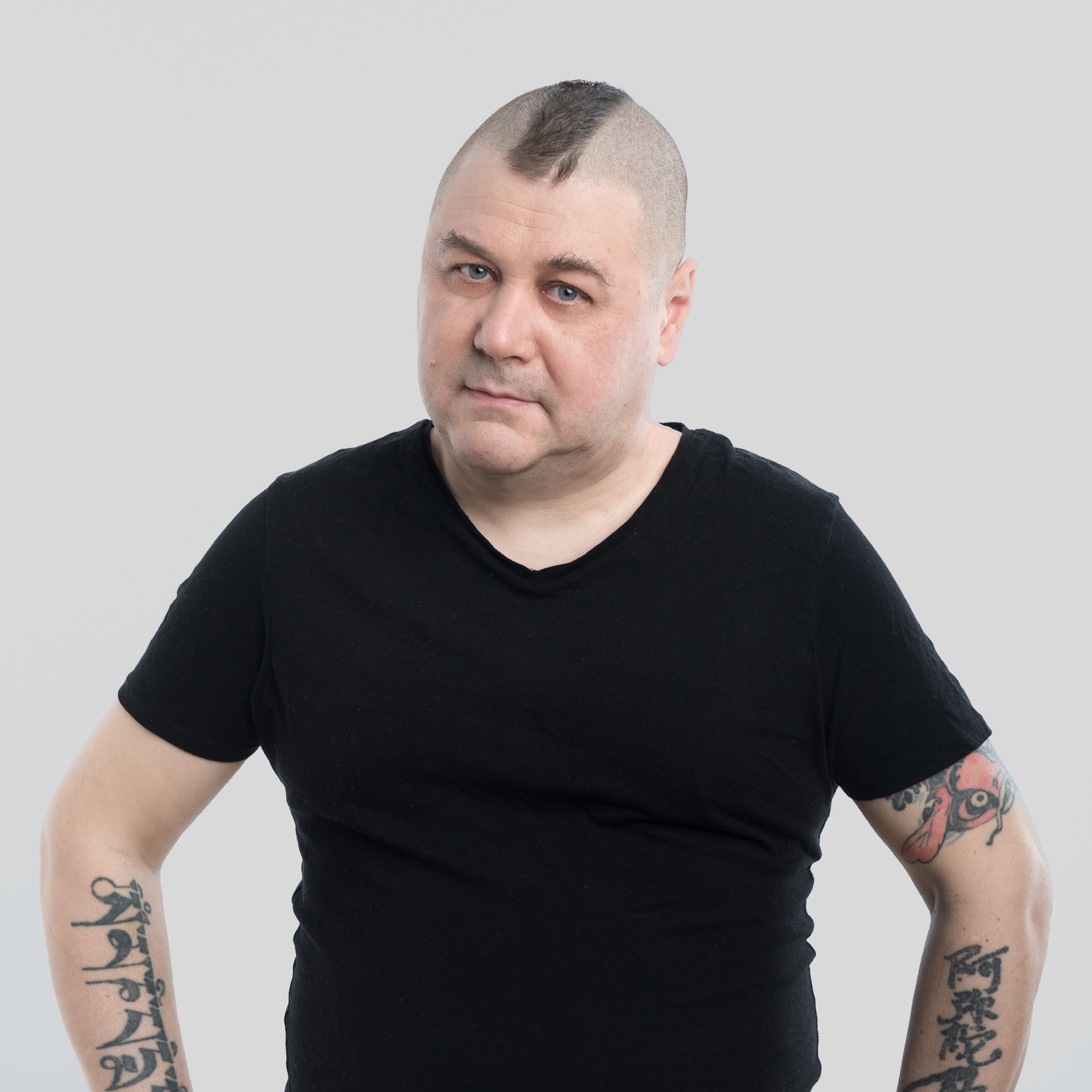 Alexey Iorsh is a graphic artist who also engages in street art and makes performances and installations. He is best known for his comics and caricatures. For him, comics are a good way of communicating with his audience and allow him to get the message across to readers in an accessible form. Iorsh promotes comics (graphic stories) among contemporary and action artists. He believes that it is important to communicate the real problems of ordinary people, an activity he considers political. The requirement to work quickly and inexpensively determined Iorsh’s choice of medium: he uses computers to create digital illustrations and comic layouts, and draws with the help of a graphics tablet that allows him to imitate drybrush technique. His drawing style is influenced by Chinese and Japanese artists of the Chan school and German New Materialism. The ongoing project Art Activism in Comics (2012– ) was initially intended to be a graphic story about romantic relationships among underground actionists, but the Pussy Riot affair radically changed not only the theme, but also the artist’s own direction. Iorsh joined the group’s support campaign and began to design placards for demonstrations outside court. The History exists as an exhibition project and book, and is being constantly expanded.

Alexey Iorsh (b. 1963, Moscow, Russia) lives and works in Moscow. After graduating from Moscow Institute of Civil Engineering in 1986, he began to participate in informal art exhibitions. In the 1990s, he worked as an artist for the newspaper Vechernyaya Moskva and was a member of the KOM Comics Studio, the punk group Idea Degenerator, and the RKKA Club of Military History. He was subsequently a member of the project International Comics for Worldwide RESPECT and the groups Social Graphics (together with Victoria Lomasko) and Niti. Today, he is artistic director of the Respect Project and the Kommissiya Moscow Comics Festival, and a member of the working group of the MediaImpactFestival of Activist Art. Solo exhibitions include: Whales and Other Inhabitants, A3 Gallery, Moscow (2010) and Kind Awareness, roots contemporary, Brussels (2010). Group exhibitions include: Pussy Riot and the Cossacks, Havre Magasinet, Boden (2014); Re-Aligned, URB Festival, Kiasma Museum of Contemporary Art, Helsinki (2013); Global Activism, ZKM, Karlsruhe (2013); and Anonymous, Perm Museum of Contemporary Art, Perm (2012). He has received numerous awards, including from the Kommissiya Festival (Russia, 2008 and 2009) and the annual comic book and gaming convention Lucca Comics & Games (Italy, 2010).