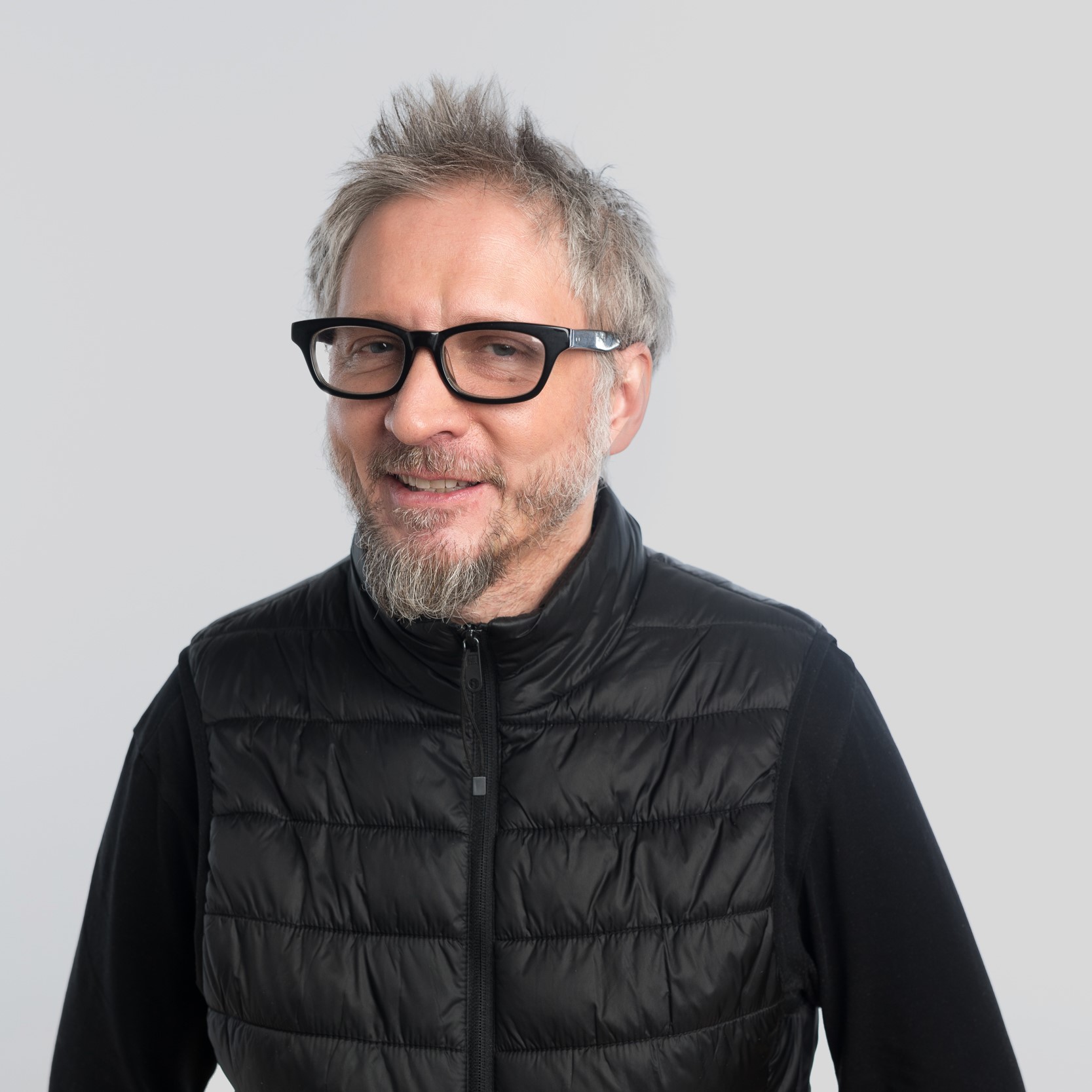 Alexander Shishkin is a well-known figure in Russian theatrical circles, especially in St. Petersburg, where he lives and works. In his independent art projects, he works under the pseudonym Shishkin-Hokusai, adding, as he says, to the myths of his own family name that of another great artist in history, the Japanese artist Katsushika Hokusai (1760–1849). From the first, the Russian painter Ivan Shishkin (1832–1898), he takes his affinity for nature and from the second the ability to work with human characters. The result is an idiosyncratic approach, whereby his characters—painted on simple plywood and cut out—occupy public spaces in a very particular way. Inspired by the half-dismantled former Garage Pavilion in Gorky Park, designed by architect Shigeru Ban, Shishkin-Hokusai revamps its ruins by creating an atmosphere of Parthenon-style architecture. Several dozen replicas of ancient sculptures made of his signature plywood cut-outs are installed on the oval roof of the building, producing a fleeting impression of a Greek temple. The shapes are borrowed from the artist’s ongoing series connected to the story of the Summer Garden in St. Petersburg. Shishkin- Hokusai brings parts of that garden to Moscow and wittily combines them with figures which mimic the statues on the rooftop of the Hermitage in St. Petersburg, thus staging a museum of classical art literally on top of the former museum of contemporary art.

Alexander Shishkin-Hokusai (b. 1969, St. Petersburg, Russia) lives and works in St. Petersburg. He graduated from the Art and Design Faculty of the Leningrad State Institute of Theater, Music, and Cinematography in 1995. He has been a member of the Russian Union of Artists since 1998 and , since 2010, he has been a member of the artistic collective PARAZIT. Solo exhibitions include: Wish You Were Here, Youth Educational Center, State Hermitage Museum, St. Petersburg (2016); Practices of Growing Up, X-Max Gallery, Ufa (2015–2016); and Friends’ Skulls, Borey Gallery, St. Petersburg (2015). He has received numerous awards in the field of theater design, including the Golden Mask (2008, 2011, 2012), the Golden Soffit (2010), and the Stanislavsky Prize (2009).