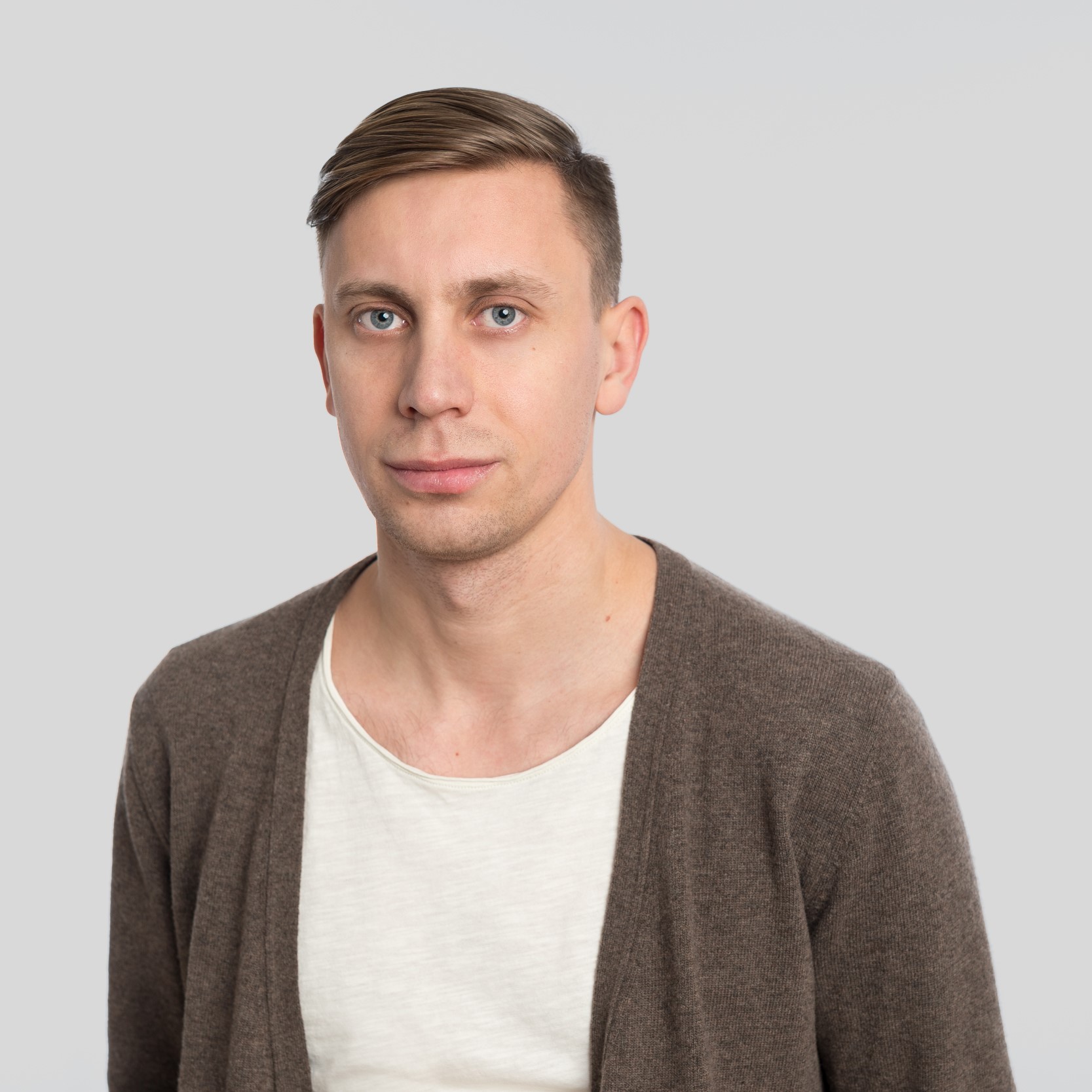 Alexander Matveev’s work is closely connected with his native city of Kaliningrad. His projects include a series of events designed to create zones of contact between local inhabitants and visitors to the city, and a photographic project about migrants. However, Matveev’s main interest is not social issues, but the relationship (or lack of relationship) between humans and the environment. Every year, from November to March, he undertakes an art expedition across the Kaliningrad Region, using a medium-format camera to make photographs of the places where he lived as a child. The timing is not accidental: Matveev believes that the specific characteristics of the Baltic coast are most visible at this time of year. Matveev primarily shoots landscapes which have not been subject to human interference. His black-and-white photographs, with their mathematically precise composition, are rich in contrast. The combination of organic natural elements and geometric structures creates a surreal atmosphere. Matveev is one of the few photographers who have managed to transform landscape into a metaphysical genre. His arranged, minimalist spaces are suffused by the peaceful and quiet majesty of nature, timeless and unspoiled.

Alexander Matveev (b. 1985, Kaliningrad, Russia) lives and works in Kaliningrad. He graduated from Kaliningrad Professional Industrial Art Lyceum #10 in 2004, with a diploma in woodworking. Since 2006, he has worked as a photojournalist for the weekly newspaper Strana Kaliningrad. He has been a member of the Kaliningrad Union of Photo Artists since 2008. Matveev is involved in an international project to develop the region around Lake Vištytis and the Rominta forest, where the borders of Russia, Lithuania, and Poland meet. His photographs made for this project have been exhibited in Russia, Poland, and Lithuania. Matveev’s project Forest Village (2016) was awarded first prize in the competition “Changing Museum in a Changing World,” organized by the Vladimir Potanin Foundation (Russia, 2016).